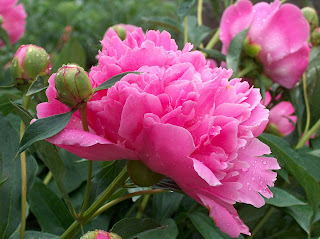 I just couldn't wait to show you my peony photos I took in the neighborhood. We've had rain off and on each day this week which makes them drowsy in the morning then upright and glorious when the sun dries off the raindrops. I love their fragrance. These were the flower of choice in my hometown for the grave sites on Memorial Day. 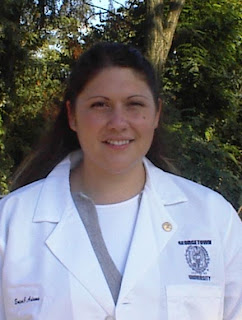 Speaking of sweetness, my Erica will be wrapping up her first year at Georgetown Medical School with an all- day neurology final on Monday next. Then she has a day off to recuperate from 10 grueling months and starts a summer job at NIH which means she'll be staying on in D.C. [I'm hoping we'll see her again before the snow flies.] Nevertheless, I am supremely proud of her. Just a year ago in March she had aortic valve replacement surgery at 24. . .this March she was rounding the bend on her first year of med school. She's a fearless young woman with a great sense of humor as well. When she was born by c-section, as the nurses and doctors were reaching in to ease her entrance into the world, she grabbed ahold of one of the nurses fingers! A telling move on her part as she's had a tenacious hold on life ever since. Congratulations, dear Erica!

Posted by nonizamboni at 4:54 PM 3 comments:

You say Pliocene, I say Miocene

Yesterday when I was walking home past Owasso Lake this big snapping turtle was crossing the road in front of me. My heart began to pound and I didn't know if I should apathetically walk on by or try to get him/her off the road. Hubris indeed. I don't know about you, but these ancestors of prehistoric reptiles sort of creep me out. So I did a little tribal dance in the street to make him reconsider the route. All that did was annoy him at which point I caught sight 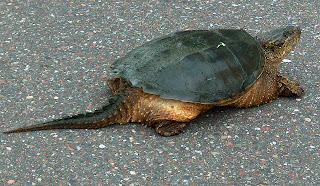 of these claws! Just guessing using a fisherman's eye, I'd say the shell was probably 12-14 inches long.

I love that she had a leaf and blade of grass stuck to her shell which is usually the way I leave the house: a 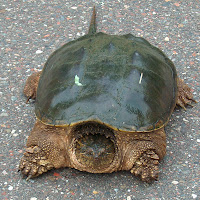 stick on price tag stuck to my hip or a coffee spill on my shirt front. When I finally gave up and walked away, looking back I saw this sturdy turtle slowly lift itself on all fours and creep back to the curb in the direction of the lake. Whew. . .not just another pretty face after all!
Posted by nonizamboni at 6:29 AM 2 comments: 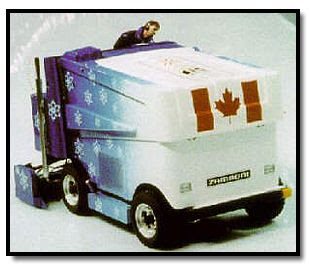 Let me explain. A few years ago a large skating rink was built on the Midway of the University of Chicago. The Law School where I worked was directly across the street. For six years just about every day during the winter I would eat my lunch overlooking the rink, intently watching the Zamboni circle the ice, over and over. And every season I'd say to myself, 'Now, there's a job I could do!' When I would attend hockey games, like the delicious aroma of popcorn in a theatre, the smell of the freshly smoothed ice and the faint propane exhaust were intoxicating. This past winter we would sit in on local high school hockey games and while the locals were smiling about the team, I was content to watch the Zamboni circle between periods. This might seem like a lame fixation, verging on the eccentric, but in actuality it is merely the freedom that appeals to me. Being menopausal, it would imply not only freedom, but a nice, quiet cool environment.
Today I was researching the Italian immigrant scene in my hometown of Pocatello, Idaho and the name Zamboni jumped out at me. I found out that the Zamboni was invented by one Frank J. Zamboni, Jr. who spent his childhood in, you guessed it, Lava Hot Springs, Idaho a few miles away from Pocatello. Who knew? Apparently I didn't. . .Nobody told me I'm assuming because ice hockey wasn't played anywhere in our state. Turns out his parents came from different parts of Italy than mine (his, the Tyrol and Piedmont regions; mine were Calabrese). Either way, I'm thrilled because even though Pocatello sits in potato country, Frank Zamboni's invention has given me even more bragging rights. Now you know why I like living in nonizamboni land. 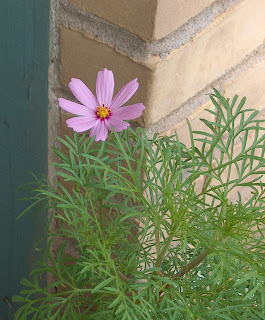 Today my first Cosmos bloomed and even though white is my favorite, this little beauty made me so happy. This was taken after a big hail storm yesterday and rain all day today with sunshine finishing off the day.
Posted by nonizamboni at 3:52 PM 2 comments:

My first mask hung on the door to my bedroom. It was a childish model, a little cockeyed, red mouth turned up on one corner, with a confused and dislocated affect. I wor 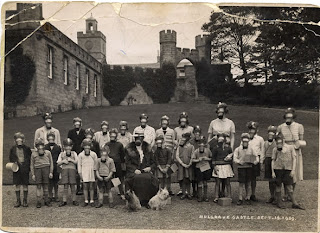 e that mask to get by, to keep my exuberant talkative self quiet. It helped me perfect an image of class clown, using self-deprecating humor to turn attention from the many faults I was told I had. This mask only had about a twenty-five percent usefulness rating due to its annoyance factor.

Since being funny and cute didn’t work, I fashioned a totally new one presenting a “nice girl” to the world. When I wore this I could still stuff donuts in my mouth while heaping praises, smiles, kudos or whatever advice was needed on anyone I wanted to impress. I would say whatever they wanted to hear. I could nod and commiserate, and do kind deeds necessary to earn my badge of love, never losing that big smile. This mask had enormous staying power because it was made of space-age plastic making it easy to clean. I’d been wearing it for years with just a change in hairdo to keep up with the times.

One side effect of wearing a mask for years is that the view from inside becomes keen. I began to notice that a lot of other people were wearing masks too. Some were sweet little versions of 1950’s housewives; others resembled indigenous tribal masks, elaborate French gala numbers, Smokey the Bear and Kewpie dolls faces. As the years made my mask feel itchy and numbing when I wore it too long, I decided I’d take it off for a while. For those of us who have made this decision, this is an intrepid act. Not only is the air nicer but also the view is breathtaking. As the itchy spots left from the long term mask wearing began to heal I learned more and more about me, who I really was before the pain of abuse caused me to flee from myself. Each day brought back some bit of my former self. Like how your feet swell after a long hot day, making your shoes impossible to wear for the duration, going without one’s mask for a time renders it unwearable. There is always the urge to refashion one, spare the cost, but usually that passes. I keep my old mask hanging on the coat rack behind the front door so I can bless it whenever I pass. I can’t forget that even that mask is part of who I am.

This are my Sunday Scribblings for this week; you can see more here.
Posted by nonizamboni at 7:43 AM 5 comments:

And then, not expecting it, you become middle-aged
and anonymous.
No one notices you. 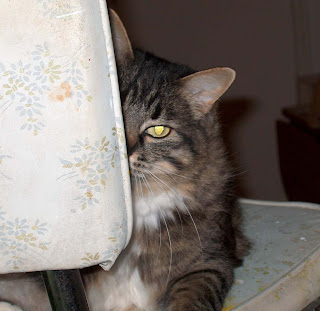 Mother's Day brought this message home loud and clear: my nest is truly empty now. Admittedly I am a little east of middle aged. Even though I'm called ma'am everywhere I go (it must be the gray hairs sproinging out around my head like Elsa Lanchester's hairdo in Bride of Frankenstein), I feel the urging of a new freedom, if only I'd take a hold. Still, I've been reluctant to step out of my accustomed roles and enjoy my own identify precisely because it has been safer, more comfortable, cheaper, predictable to be Audrey & Erica's mom, Dave's wife, Madeline's sister but not be merely Mary Ann.
Sark's site offers some advice:
~~Surround yourself with inspiring souls.
~~Say NO when necessary. Say YES exuberantly and often.
~~Be your own best friend. What do you need today?
~~Release self judgment now.
~~Find some art supplies! 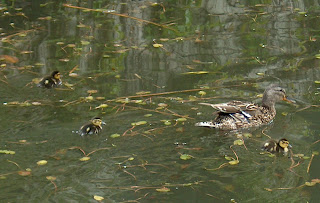 A little simplifica-tion would be the first step toward rational living, I think.

And so the journey continues!

Posted by nonizamboni at 3:36 PM 5 comments: 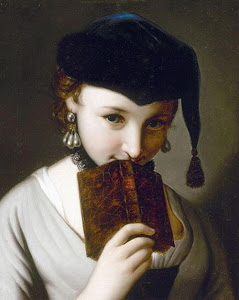 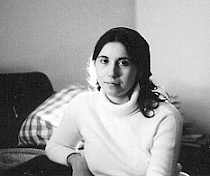 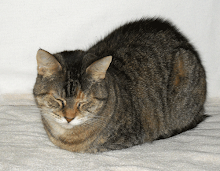 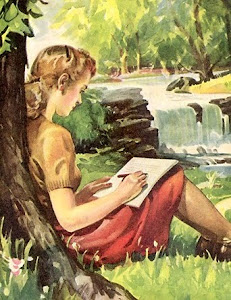 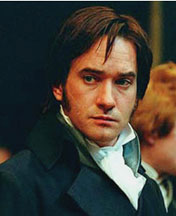 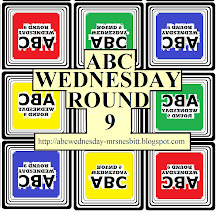 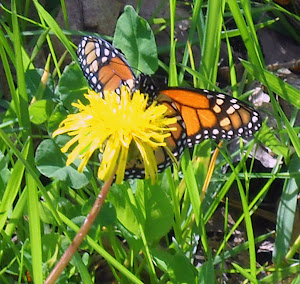